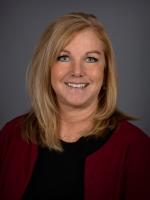 Rhonda Kaiser has a Bachelor’s Degree in Child Development and Family Relations with a concentration in Education, and a Master’s Degree in Early Childhood Education. She holds a 282 certificate: teacher of disabilities birth–5 years and has a Family Services credential from Head Start.   Rhonda has been working in the field of Early Childhood for 20 years, working with infants, toddlers, and preschool children as a teacher and assistant director in a center-based early childhood program; as an early childhood special educator, assessing children ages birth–5 years old; and as a case manager for children with disabilities, collaborating with many providers including speech, occupational, and physical therapists to assure children received appropriate early intervention services.  After leaving her position in early childhood special education, she began working as a Region Manager/Supervisor of early childhood educators.  Rhonda is currently the Program Director of Educare Central Maine as well as the Education Content Lead in which she oversees assessments and curriculum for the program.

Erica Palmer holds a Master’s Degree in Early Childhood Education from the University of Maine at Farmington and has been working in the field of Early Childhood for more than 12 years.  Her experience in the field consists of direct service with infants and toddlers as a teacher, an early childhood coach, and supervision of comprehensive education services for children ages’ birth-5 years old.   Currently she serves as Education Manager for Educare Central Maine where she supports a program of 60 staff dedicated to providing an integrated approach to early childhood programming and parent, family, and community engagement.

Erica has delivered numerous professional development trainings to Educare staff and providers Beyond the Walls at local, state and national levels. She has previously co-presented at the National Head Start Conference with Start Early and The Educare Learning Network on The Essential Practices of Educare as well as Engaging Rural Families.  Erica is trained in facilitating professional development offerings that include Touchpoints training, Data Utilization, High Quality Teaching Practices, Reflective Practice, Nature Based Education and more.

Katlyn Butler is an Early Childhood Coach/Supervisor at the North Elementary Preschool run by KVCAP. She started her career with KVCAP in 2010 at Educare Central Maine as a full-time, full year Assistant Teacher. She then moved into a Supervising Lead Teacher role at Educare and completed her Bachelor’s degree from University of Maine at Farmington. In February of 2020, Katlyn moved into her current role at North Elementary Preschool as part of the Educare Beyond the Walls approach with KVCAP.

Tammie works as an Early Childhood Education Coach & Supervisor for KVCAP’s Child and Family Services Program. She has a passion for her work and is dedicated to supporting classroom staff as they provide high quality care and education to children and families. She holds a Master’s Degree in Early Childhood Education from the University of Maine at Farmington and is working toward completing her credential in Training & Technical Assistance Approaches through Maine Roads to Quality. The vision and mission of KVCAP and HeadStart programming are near and dear to Tammie’s heart.  Her personal experience as a former HeadStart parent solidified her plan to spend her career in the field of early care and education. She began as a substitute teacher and over time grew professionally, obtaining her current role.

Julie Elias is an Early Childhood Education Coach and Supervisor for infant/toddler classrooms at Educare Central Maine. Prior to joining the Educare staff, Julie provided family child care for more than 20 years.  She taught in an infant/toddler classroom for 10 years before moving to her current position where she enjoys the opportunity to share her experiences and passion for early childhood education with the teachers she supervises.

Brittany is an Early Childhood Coach & Supervisor for KVCAP’s Child and Family Services at Educare Central Maine. She started out as a teacher in an infant and toddler classroom working on her Bachelor’s degree. After getting a Master’s Degree Brittany moved into the Coach and Supervisor role for infant and toddler classes. Brittany also is an adjunct faculty at KVCC and is a Maine Roads to Quality certified trainer. Her passion lies with the youngest children and she wholeheartedly believes that the first three years are imperative to how the rest of their lives will be. 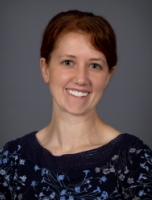 Abbie Giallombardo holds a Bachelor’s degree in Secondary Education from the University of Maine at Farmington. She has 9 years of teaching experience during which she held various leadership roles and led several initiatives, all of which allowed her opportunities to mentor students and adults. Abbie joined KVCAP because she felt drawn to the Agency’s vision, which reflects her own passion for helping others reach their fullest potential. Since joining KVCAP, Abbie has continued to develop the First4 AmeriCorps program, participated in volunteer management programs, and facilitated training for the AmeriCorps members and the substitute aides.

Joni Sprague is a Family Services Supervisor at Educare Central Maine. Before working in family services, Joni was a preschool teacher for many years. She is the lead for the Maine State Parent Ambassadors program where she works with families encouraging them to share their experiences and advocate for children and families. Joni holds a Master’s Degree in Special Education from the University of Maine at Orono. She was also a Head Start parent from the time her children were 10 weeks old until they went to Kindergarten. Joni is passionate about working with children and their families to ensure they are meeting the needs of their family and have access to quality early care and education.

Sara Wilkes is an Early Childhood Coach/Supervisor for the Part-Day/ Part-Year Preschool Program at Educare Central Maine. She began her career at Educare in 2012 as a Practicum II student with KVCC. During her practicum, she was hired as a substitute, and then hired as a full-time Assistant Teacher in December of 2012. Sara transitioned to a Lead Preschool Teacher in 2015 once she completed her Bachelor’s in Early Childhood Education from University of Maine at Farmington, and in 2019 she entered her current role as Coach/Supervisor. Sara’s favorite part of her position is supporting preschool staff throughout the agency with professional development opportunities within the OWL curriculum. Sara is currently pursuing her Master’s degree in Early Childhood Education.

None at this time.  Check back!